What is my birthstone ?

Medal, bracelet and chain for children, rings or cute earrings, to mark the birth of a newcomer in your family.

Choose a gift that will stay with her or with him all her life.

What is the stone of the birth month of this new baby?

Each birthstone carries with it a particular story. At first sight the stones may seem trivial, while each of them has a meaning and a story of its own. Thus, by appropriating the history of the stone, wearing a simple modest jewel, can become more meaningful and more enjoyable. The history of stones is more often in the form of fables. Indeed, each culture has its own birthstone diagram, one ancient and one modern. For example, the Western Birthstone Charter is based on the biblical description of Aaron's Breastplate. As chief of the High Priest tribe, Aaron, brother of Moses, carried his stones on his armor. The latter is described in detail in the Exodus. Twelve stones were on this plaque where each of them represented one of the twelve tribes of Israel. These twelve stones are also connected to zodiac signs. Through the cultures of antiquity, especially India, Russia and Rome, powers and virtues have been assigned to the stones. These mystical attributes given to the stones offered to those who wore them a protection against sickness and death, and assured them victory and good fortune. However, the Gregorian monthly calendar was adopted only in part until 1752. It was only from this date that the birthstones were assigned to a particular month. The designation of stones is based solely on the criterion of color. As new stones are discovered, the birthstone chart became confused, since it was based solely on color. Thus, in 1912, the American national association of jewelers, decided to establish the modern charter of the stones of birth. This charter associates with each month, only one stone. Since then, only one stone has been officially added to this charter: tanzanite for the month of December, since 2002.

Choose a gift that will stay with her or with him for life. 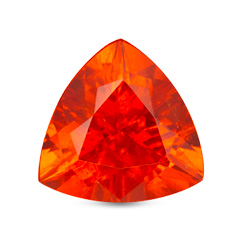 Garnet has been the first zodiac sign ever since the time of the Bible. Since the Middle Ages, it is the only stone that represents the month of January. At that time, this stone was appreciated for its curative effects on blood diseases. Its resemblance to the fruits of pomegranate, is worth its name, taken from Latin, granatum. The story goes that Noah possessed this fiery stone to guide his ark. Thus, this stone has earned the attributes of loyalty and faith. 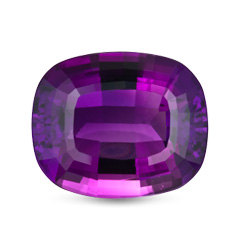 It is since Roman times that amethyst represents sobriety. The Romans believed that by pouring wine into glasses of amethyst they prevented intoxication. This stone of the oldest, has often been associated with royalty and great religious figures. Moreover, at the time of the British Empire, amethyst was used to evoke sincerity in jewelry. 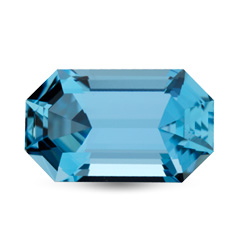 Initially aquamarine was associated with the sea for its blue-green reflections. Sailors and fishermen have long worn this stone to protect them from the dangers of the sea. Otherwise, at the time of the British Empire, this stone was given as a gift to ensure happiness and a long marriage. However, the bloodstone is also associated with the month of March. This last stone is an opaque quartz spotted with red which has been named after a legend; a legend that this quartz would be the blood of Christ that would have sunk, and once on the ground, would have solidified. Wearing this stone helps to give courage in the face of adversity. 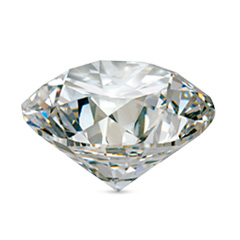 Historically, in ancient Rome or among the Arabs, sapphire was the stone of the month of April. However, diamond is the most prestigious stone, which over time has replaced sapphire. From the Greek word adamas, diamond means indomitable, since neither fire nor iron can alter it. It is considered the symbol of purity and peace. It also represents eternity and eternal love. This is how it is the stone of choice for the wedding. 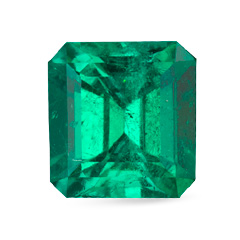 The emerald has always been the stone associated with the month of May. The Persians have named this beryl according to the color green. The emerald is considered the symbol of immortal love, wisdom and success. In the past, children wore emeralds to prevent eye diseases. Moreover, in the Victorian era, thanks to its vibrant green tone and its association in the spring, it symbolized renewal and hope. 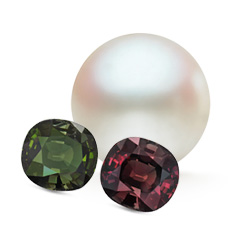 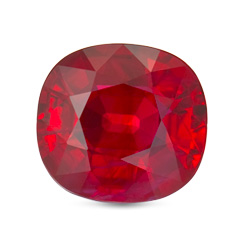 Ruby has long been considered a powerful stone. Besides, one of the most intriguing tales about stones refers to rubies. In a dangerous situation, the ruby becomes a threatening and obscure shade, then comes back from a sparkling red when returning to calm. This fiery fire internal to the ruby is the symbol of eternal love. Indeed, in Victorian times, rubies and diamonds both symbols of eternity, were combined together to make jewelry as a mark of love. Ruby has also been used as a powder in medicine to treat indigestion problems. It is considered the most valuable of the color gems. It is a corundum just like sapphire but the oxide that gives color to stone, instead of being aluminum, is chrome. It is harder than other precious stones but less than diamond. 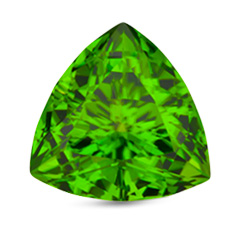 Formerly for the Egyptians, the peridot was the stone of the sun. This moss green stone was discovered 4000 years ago by the miners who dug at night, believing that the glow of this stone shone more at night. Its first characteristic is to protect against illness and physical dangers. Moreover, the Victorians wore the peridot to prevent pain and sadness. 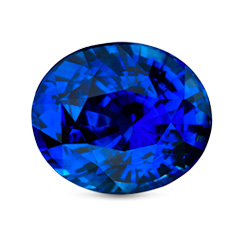 For centuries, blue sapphire is the stone of the month of September. Its name is a derivative of sapphirus, which means blue in Greek. According to many ancient cultures, the earth was considered an entity supported by a large sapphire that reflected to give the color of the sky. Blue sapphire has been associated with the intellect over time, believing that this stone brought wisdom to the wearer. Since the sapphire is the second hardest stone, after the diamond, it also represents indestructible love and fidelity. This stone was popular for Victorian wedding rings. 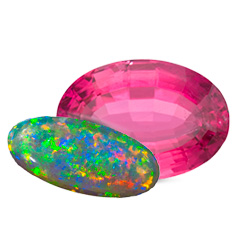 The white opal is associated with the month of October - its name means "precious stone" in Sanskrit. Fire reflections of multiple colors in the opal suggested that the lightning had created this stone. Its main virtue was to protect against diseases and allow the wearer of the opal to see in the future. However, the Victorians believed that this stone was unlucky when worn. On the other hand, for the most superstitious, pink tourmaline is an alternative stone for the month of October. It inspires creativity and represents hope. Although opal and tourmaline are the most commonly used stones for the month of October, aquamarine also represented the tenth month, according to some traditions. 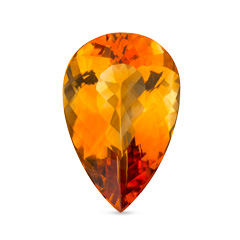 In most cultures, yellow topaz is the most popular stone for the month of November. His name is derived from the word fire in Sanskrit. The intense yellow of this stone reminded the Egyptians of their sun god Ra. Like the soothing heat of the sun, topaz acts as a calming agent. This stone also has the distinction of ensuring loyalty between friends and lovers. During the Middle Ages, this stone was used to cure mental illnesses and was known to ward off death. 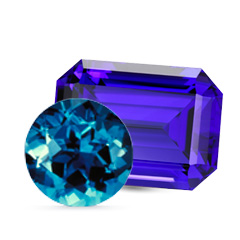 Blue zircon is the traditional stone for the last month of the year. Popular with Hindu poets, blue zircon throughout the ages was understood as a stone that attracted prosperity and fostered intellectual development. In Eastern Europe, turquoise is designated for this month in question. Stone protected its wearer against danger and disease and symbolized resurrection and renewal. This month is also the one that marks the most recent addition to the birthstone charter with tanzanite. Discovered in 1960 in Tanzania, Tanzanite was named and marketed by Tiffany & amp; Co Precious stones have long been associated with symbolic and talismanic powers. From Roman times to Biblical times, precious stones have played very important roles in traditions and customs. Precious stones are an integral part of the construction of Paradise, as described in the Book of Revelations. Precious stones were chosen to build the New Jerusalem on the basis of their symbolic meanings. Although the symbolism of gemstones has been changed since that time, each gemstone still holds a mystical history.