Of all the rare stones on earth, none are as precious or as significant as diamonds.


But also because each diamond is unique. There are no two identical diamonds. This is why diamonds are an incomparable gift.

Its rarity and high production costs naturally make diamonds a precious stone, while its extreme hardness makes it invaluable in many branches of the craft industry.

However, beyond all these properties, diamonds have acquired a magical quality of their own. A diamond is the most precious gift a man can make to a woman, a tender symbol that says I love you forever.

What characterizes a Diamond? 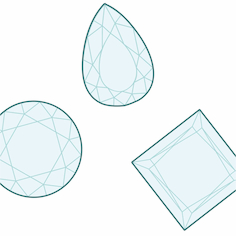 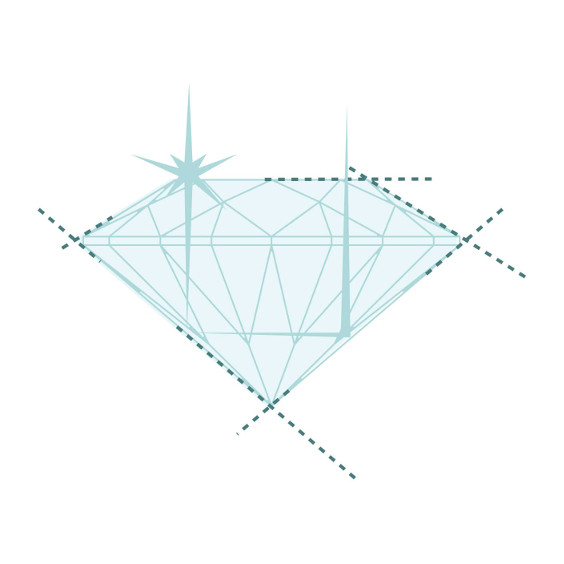 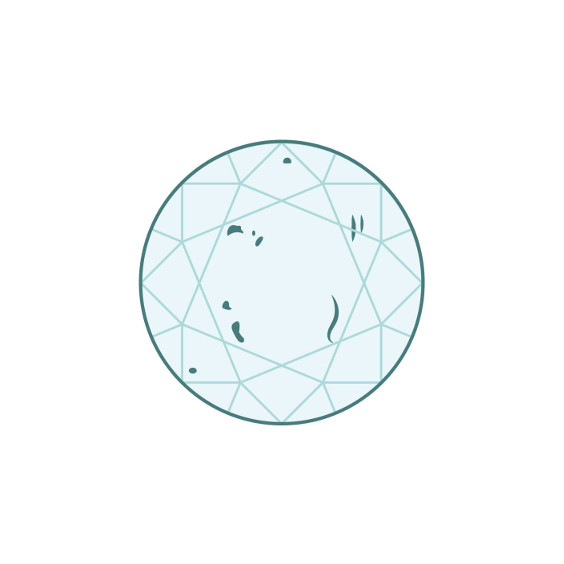 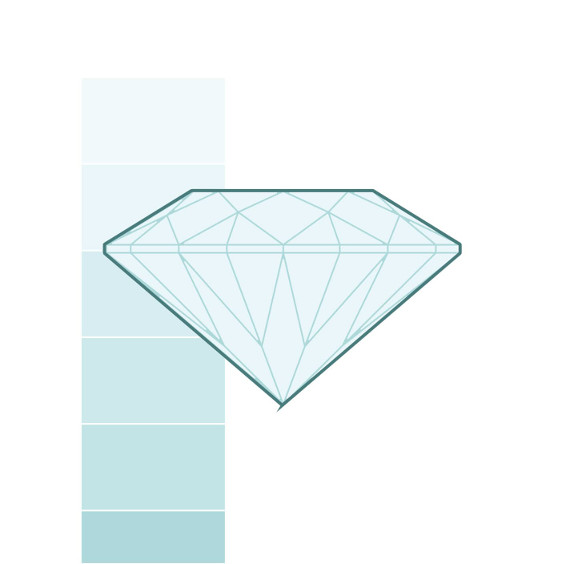 Carat, the weight of a diamond 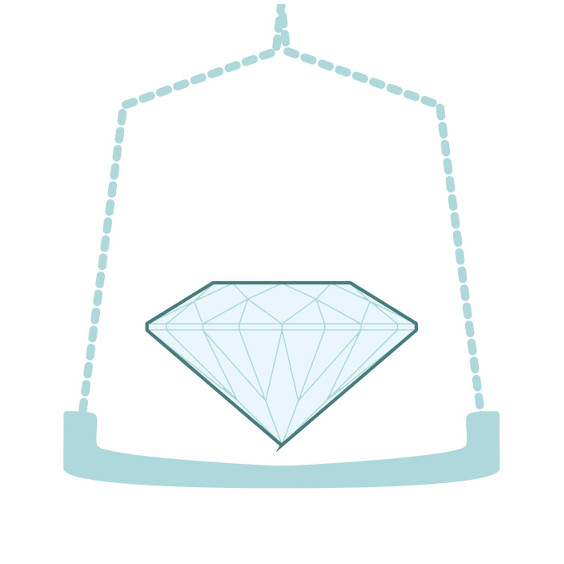 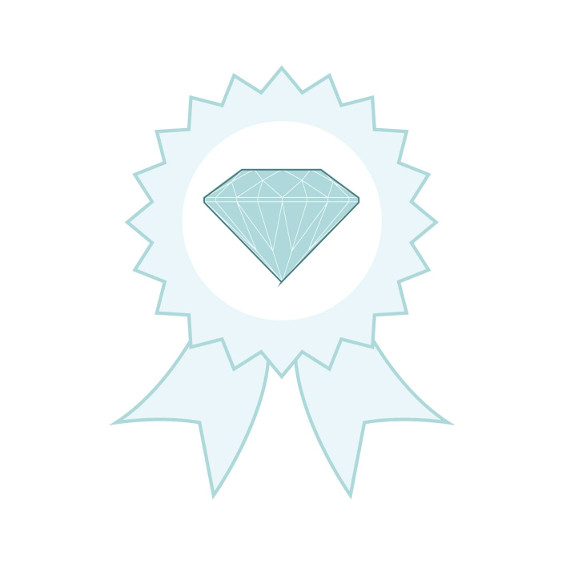 Where the diamonds come from?

The great Moguls of India, who were the first to date large quantities of diamonds on their territories, acquired immense fortunes thanks to these gems.

It was not until the 17th century that Europe in turn experienced a great craze for these stones that only the powerful could afford.

But the deposits of India began to run out, and the European nations searched the soil of their recent colonies to discover this new source of wealth.

In the middle of the last century, many thought that the world's diamond reserves had been depleted.

It was then that in 1866 the first diamond of South Africa was discovered and a new rush began.

Today, Southern Africa is the world's largest diamond producer. There are also diamonds in other parts of Africa, South America in Russia.

How do we extract diamonds?

No one knows exactly how diamonds were originally created. All that can be said is that millions of years ago, under the action of temperature and gigantic pressure, the carbon crystal was transformed deep into the earth into diamond crystals. .

Subsequently, the magma that enveloped the diamonds was projected to the surface through fissures similar to the throat of a volcano. Erosion cleared diamonds from their gangue and these were dragged by rivers to form silty deposits.

Modern mining methods include open-cast mining, extraction of marine terraces, and of course the more traditional mining process of fetching ore buried deep underground through volcanic vents. This bluish ore is called Kimberlite. It is crushed and washed until a rich diamond residue is obtained. The diamonds are then separated from the residue after passing over grease-laden tables or using an X-ray separator. They are then sorted according to their shape, color and size.

Of these rough diamonds, only 20% are likely to become jewelery stones. The remaining diamonds are used in the industry.

In order to obtain the equivalent of one carat of polished diamonds, it is necessary to treat some 30 tons of kimberlite. One carat weighs 0.2g.


The saga of Koh-i-Noor reflects the history of Asia. It owes its name to the Shah of Persia who, crossing the Indies in 1739, captured this sacred "mountain of light". This stone is now property of Great Britain.

The Orloff, now part of the Treasures of the Soviet Union, was once enshrined with another diamond in the eyes of an idol, in a small Hindu temple.

The "Hope" finally, famous for its intense purple color and the bad luck that it is accused of having Marie-Antoinette.

But the biggest diamond in the world is Cullinan. Weighing 3.106 carats when it was discovered in South Africa in 1902, the rough stone was cut in more than 100 wonderful little stones. The two most important of these diamonds now adorn the British Crown Jewelery.

Your diamond of engagement ... symbol of love and lasting affection

Every diamond is precious. Each diamond is unique. Every diamond is eternal. That's why diamonds have always been the most natural way to express love and lasting affection. This is the reason why when two beings get engaged, a diamond ring seals their desire to stay together forever.

This is an old tradition of several centuries. It is the ancient Egyptians who first began to wear an engagement ring on the ring finger. They believed that the "vein of love" directly linked that finger to the heart.

Originally, diamonds were so rare that only very wealthy nobility and kings could afford both a diamond and a golden wedding ring.

Nowadays, there is such a diversity of styles and creations that you can choose the diamond that best fits your tastes and share the happiness of owning it, all your life, with the person you love.


The brilliant metamorphosis of the diamond

This brilliance and the nuances of the rainbow that seem to be trapped inside the stone are the result of the reflection and reflection of light through the perfectly carved facets of the diamond.

The rough diamond is studied to decide how best to cut it and then cut or sawed to form smaller gem diamonds.

It can be said that approximately half of the rough diamond is lost in the size and polishing operation. Sawing a rough diamond of a carat can take a whole day. Then, the stones are rounded by friction to form, for example, the 58 facets of a glossy stain, each of the facets forming with its neighbors an angle calculated with exactitude, because the slightest variation can alter the brightness of the stone.

"My love will last as long as the circle turns"

From time immemorial, the ring has always represented the natural symbol of protection and eternal love. Thus was born the idea of the alliance. A ring of precious metal, set with precious stones, has acquired its own meaning.

A diamond wedding ring, whether it's for a wedding anniversary, or for a child's birth, or for any other part of life for two, is a wonderful way to say "thank you" for today and forever.


How to take care of your diamond?


Although it is everlasting, a diamond can tarnish, accidentally crack, or come loose from a loose mount, too: Remove your diamond ring to wash your hands, make up, wash dishes or garden. Do not hit your diamond against a hard surface. Do not put your diamonds together in a drawer - A diamond can start another diamond. Wrap them separately in tissue paper, or better still in individual cases. Wash your diamonds from time to time to keep them radiant.

Carry your diamond jewelery to your jeweler about once a year, to check if the stones are holding, if the claws are not twisted, if the safety clasps are working properly. Ask him at the same time to clean them.

One last point: Your diamonds have a great value, do not forget to insure them.

More than a precious stone

Created more than a million years ago, buried deep in the earth, thrown out of its gangue of rocks, polished by the expert hands of one of the most skilled craftsmen, to become this unique stone among all, this sparkling gem of a thousand fires.

Your diamond is perhaps the most precious thing you will ever have. Because a diamond is more than a rare and beautiful stone.

A diamond never changes. He never loses his value, He never goes out of fashion. And he is always synonymous with love.

A diamond is eternal.